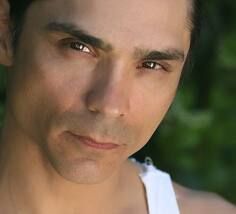 Zahn McClarnon is Standing Rock Sioux and Irish. He grew up in Northern Montana, Nebraska and Wyoming. He moved to Los Angeles in 1990 to further pursue his career as an actor.

In 1996 and 1997, Zahn was presented with The First Americans In The Arts Awards for Outstanding Guest Performance in a TV Drama Series for his work on Chicago Hope and Dangerous Minds.

Feature film work includes a co-starring role with Richard Dreyfuss in the film Silent Fall. Zahn also did some voice acting in the Dreamworks animated film Spirit:Stallion of the Cimarron.

Retrieved from "https://ringer.fandom.com/wiki/Zahn_McClarnon?oldid=9739"
Community content is available under CC-BY-SA unless otherwise noted.