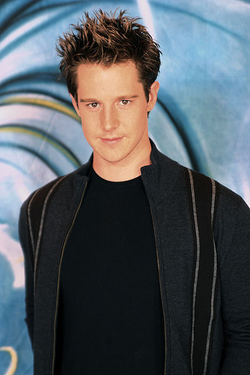 Jason William Dohring (born March 30, 1982) is an American actor who is best known for his role as Logan Echolls on the 2004 television show Veronica Mars and for his role as Josef Kostan on the 2007 series Moonlight.

He portrays the role as Mr. Carpenter on Ringer.

Add a photo to this gallery
Retrieved from "https://ringer.fandom.com/wiki/Jason_Dohring?oldid=9757"
Community content is available under CC-BY-SA unless otherwise noted.