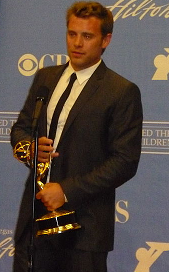 Billy Miller (born William John Miller II on September 17, 1979 in Tulsa, Oklahoma) is an American actor. He is known for his roles as Richie Novak on the ABC Daytime soap opera All My Chilldren, and currently, as Billy Abbot on the CBS Daytime soap opera The Young and the Restless.

He plays Charlie Young in Ringer.

Add a photo to this gallery
Retrieved from "https://ringer.fandom.com/wiki/Billy_Miller?oldid=8822"
Community content is available under CC-BY-SA unless otherwise noted.